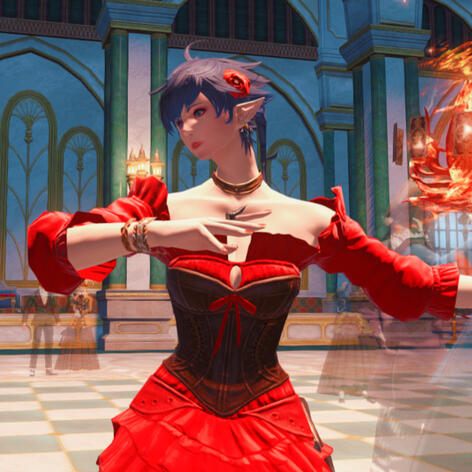 Raeventiel is a stern idealistic youth with a penchant for trouble and magic. She's the daughter of Ser Francois Beaudonet, a beloved knight who was unfairly sentenced to death by the Holy See. 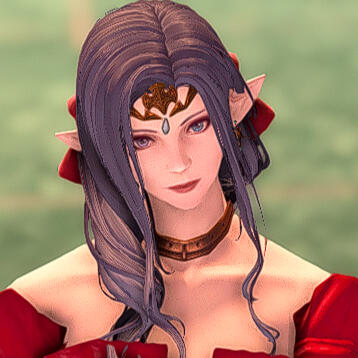 Raeventiel is a lesser noble of House Haillenarte known for her impressive intellect and skills in medicine. She's the daughter of a former knight, Ser Francois Beaudonet, and has a twin brother named Morrigan. While not much is relatively known about her coming of age, Raeventiel was once a star pupil of Saint Endalim's Scholasticate with a robust understanding of medicine. Despite being of nobility, Raeventiel faced much scrutiny. While all were welcomed within the scholasticate's doors, she was bullied by her alleged betters throughout most of her schooling. While she was indeed a brilliant student, the bad blood between her and her classmates almost made graduation nearly impossible.

However, Raeventiel's aptitude in medicine is what helped forge her path in life. She graduated with top honors and was given the accolades necessary to open her own clinic within the city proper shortly after. Her focus was to tend to the sick and the less fortunate, but as the war worsened, Raeventiel began to focus on aiding the wounded soldiers. Because of her good work, Raeventiel gained favor with that of House Haillenarte when the Dravanians attacked Dusk Vigil. While she managed to gain a good reputation among the masses, Raeventiel ended up making enemies with that of House Dzemael after turning down a prospective suitor.

House Dzemael didn't take the slight with grace and plotted against Raeventiel and her family in secrecy with their long-time allies of House Durendaire. It was then that a heinous plot was forged to frame her famous father by declaring Ser Francois as a heretic before the Holy See. Raeventiel learned of this plot too late and her father was put on trial. Despite pleading for her father's innocence, Raeventiel couldn't sway the tribunal. Ser Francois was sentenced to hang. News of her father's alleged heresy ruined her family's good name and her clinic along with it. Her brother tried in earnest to save their father but there was nothing they could. Their hands were tied and House Haillenarte, who were already suffering a great loss in their reputation because of the loss of Dusk Vigil, refused to assist them. Everything their family had accumulated and done was wiped out, and for instance, she refused to marry.

This miserable end took a toll on Raeventiel and her brother. The two of them eventually agreed to quit Ishgard in favor of the Shroud. They salvaged what little they could and fled before more of House Dzemael's goons could latch onto them. While life in Gridania was indeed difficult, Raeventiel managed to befriend the conjurers there and learn more about their way of life. It's there that she found a new lease on life along with Morrigan who joined God's Quiver. Alas, Raeventiel still yearned for home despite all of the conflicts that brewed but most of all, she yearned to clear her father's good name. 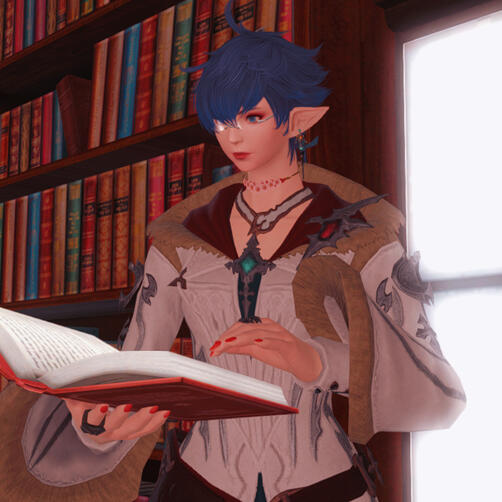 Personality: Raeventiel is a well-spoken, idealistic, Halone-fearing young woman. She's your A-typical Ishgardian through and through but seems to dislike authority. The girl isn't particularly shy but she's quite awkward sometimes in social settings. She's also quite emotional sometimes which leads her to make irrational decisions. Her devotion to Halone really makes her seem more like a prude than anything else.

Ishtar, a bright blue morpho butterfly. It's deadly but cute.

Lucrecia, a bright white lanner hailing from the icy slopes of Western Coerthas. It was a gift from her late father. Her brother owns one as well. 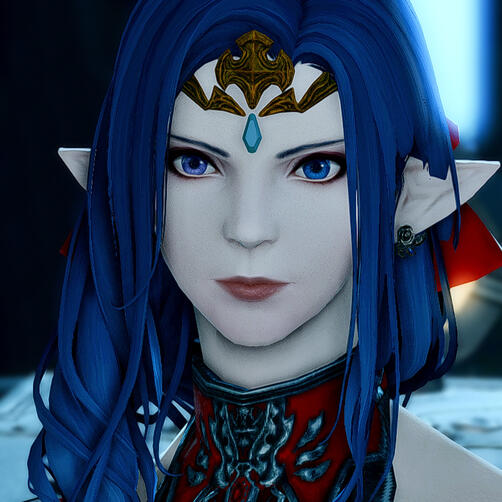 • Raeventiel tends to frequent the Forgotten Knight on occasion. While she's a little bit of a wallflower in her own right, Raeventiel tends to be relatively sociable. She enjoys scholarly debates with her peers regarding the state of Ishgard and loves hearing about the adventures of others. She's heavily interested in hearing war stories from seasoned veterans but she's reticent about her interests.

• Raeventiel is a stark opponent of the Holy See and their inquisitors' thanks to how they falsely accused her father of heresy. She's always quick to denounce their actions whenever the opportunity arises, quick to remind stark loyalists of the crimes of the Holy See.

• She's quite interested in thaumaturgy these days thanks to her latest interest. Truth be told, Raeventiel is interested in seeking a mentor of some kind to help her better learn how to control her powers. It's her goal to someday become a Black Mage. It's a foolish goal but one that Raeventiel swears is obtainable because of her mastery of black magic.

• Raeventiel is constantly searching for the ruins of the past, namely the ruins of Mhach. She's interested in reclaiming what was lost throughout the years, especially texts and lore of the past. Raeventiel wants to unlock the secrets of the mages of yore in other to further her powers.

• As a fellow alumnus of Saint Endalim's Scholasticate, Raeventiel was quite well known by her peers for her radical viewpoints regarding religion and politics. She was a very strong advocate for the poor and often tried to host fundraisers to better improve life for those within the Brume. Raeventiel was also rather proficient with magic but widely known as a very competent healer. If your character studied at the Scholasticate, then they most likely either heard of her or actually knew her one point.

• Raeventiel has a twin brother than Morrigan who she loves dearly despite their little sibling rivalry and a half-sister who she also loves. Family means the most to her especially after the untimely death of her lord father. Raeventiel seems to get along best with those who value the sanctity of the family as much as she does. She's quite protective of her siblings, especially her younger half-sister Luzia. So if your character shares a similar bond with their family, they'll most likely get along swimmingly with Raeventiel. However, they claim that Morrigan is the better Beaudonet, she might get a little hostile.

Hello, my name is Ariel and it's very nice to meet you.

If you would like to contact me, feel free to do so in-game or on Discord at #Titania6215

I'm open to all types of RP, including (but by no means limited to) adult-oriented and dark themes.

I typically play on Balmung but I'm more than willing to travel to other servers for RP.

Timezone is US EST (GMT-5) and my time in-game is usually in the afternoon/evening but my time tends to vary during the weekends.

Please respect the boundaries of OOC/IC. Whatever happens ICly with my character doesn't cross into OOC and vice-versa.

If you happen to catch me in-game, feel free to send me a Tell before walking up for roleplay. I have a tendency to idle around town sometimes.